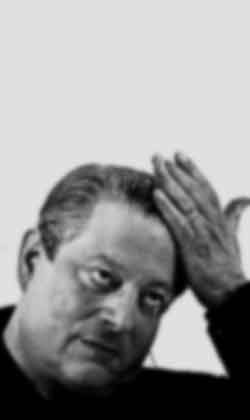 Well then, as I was in the mood for poking fun at the Cult of Global Warming, I went about hitting various search engines to find funny carbon-based facts and other Green gobbledygook for inspiration.

I shall tell you right now: the results far surpassed my expectations.

For those of you too busy to click the hyperlinks, here it is, in a carbon neutral nutshell: setting the bar higher on the Ridicule Scale, these two teams of software development geniuses came up with applications to calculate—you guessed already—one's carbon footprint and offer advice as to how the criminal emitter can reduce it1—the first for Windows PCs, and the other for some Google mobile phones.

That's right, computers and cellphones. These epitomes of both the Industrial Revolution and the Information Age. These achievements of more than a century of innovation made only possible by fossil fuels and highly efficient carbon emissions—considering the excellent productivity/pollution ratio of said fuels.

Now, I am going to give you a full empty paragraph free of charge, to let you ponder on the humungous amount of cubic tons of carbon needed to build, launch, operate and maintain a fully working computerized and telecommunicating world versus whatever "sustainable lifestyle" these ludicrous bits of software purportedly promote. There:

Yeah, I knew you'd laugh a bit. But apparently, oblivious of the crushing paradoxes, these guys are serious and intend to lecture the world with predictable and politically correct "solutions" against carbon emissions... On technological devices that thrive at the top of one of the most energy hungry sector of human activity. For this big fan of Terry Pratchett's Discworld, that type of software developers instantaneously casts images of Bergholt Stuttley Johnson, AKA Bloody Stupid Johnson.

Half as amusing though.

Or perhaps this is the great scourge brought upon Humanity by (a somewhat) unbridled Capitalism. By lifting scores of people and nations out of sheer abject poverty and away from a subsistence economy, endowing the greater part of said nations with a level of wealth and riches unprecedented in Mankind's history, we end up with an awful lot of people with far too much time on their hands, cult-like ideologies in their hearts (global cooling, wait, warming, no-no-no cooling is nigh, the End of the World live on 01-01-00 00:00:00, the climate, it changes! Polar bears can't swim, Al is All, etc) and ridiculous software designs in their Collectivist minds.

I, too, miss the time when Man didn't have to worry about any other footprints than those he'd left with his own feet2—Death to the Evil Cars!—while prodding Mother Earth to scrap some meager yet oh-so natural food2—Death to the Evil Wal*Mart!

I, too, miss the time when you'd measure a man's worth by the amount of dirt he'd dug in a hard day's work, and not the length of useless computer code he'd typed2—Death to the Evil Computers!

So despite the fact that it will simply overblown your very own carbon footprint just to run it (on carbon emitting computers and all that Evil Stuff) this software looks excellent. I'm just weary that they might not go the extra mile, and provide us, careless carbon producing trousered apes, with the means to TAKE ACTION rather than simply measure the size of our carbon footprint, and brag about who's got the biggest or humiliate he who has got the smallest3 and steal his girlfriend. I mean, if these guys were really serious about messing around with our personal carbon (rather than being just a bunch of unimaginative, fashionable and conformist neo-Yuppies in organic cotton underwear that is), then their software should work like so:

At least that's how I would design it.

I'm still amazed at the enormity of the cojones that the AGW-true belivers could report melting ice in the arctic as Global Warming caused when only two days earlier it was revealed that scientists had found a big-ass volcano actively erupting under that melting arctic ice. You would think the connection between molten lava and melting ice would be obvious, but, well, not so much to the true believers.

These idiots are far too stupid to grasp the irony of railing against Globall Warming by using to very items they claim are destroying the environment. We, on that other hand, can see it coming before they even open their bloated pieholes.

Ms MC, wish I had seen your comment first!! I have been putting together a readerblog post on this and glacier growth, might even through in a pass at the new lie about coral being extinct. I will throw a link for Froggy to pass around on his side of the pond.

I see the Carbon Calculator got 2 out of 5 bars for a rating. I wonder who does the rating?

"A bunch of unimaginative, fashionable and conformist neo-Yuppies in organic cotton underwear." This is what we here in America like to call the Metrosexual. Ewwwwck. Give me one insensitive shameless bastard Frenchman over that or an eternity of servile midgets any day.

Actually, I'm rather envious. Why is it that I can never come up (or have the brass cajones to implement and market) such a money making scheme? I think I really need to spend some time coming up with a way to sell my horses' manure as an alternative green (hah, literally even!) fuel or something == and use a baby polar bear for the company logo, maybe with an organic hemp collar on it or something.

Seriously, how much money is going to be made (and has been) by marketing a pro-Green product (which may not be so environmentally sound) or agenda?

The rampant, greedy capitalist side of me says, "I need to get me some of that".